I didn’t do “best of” for 2015.  Yes, it’s completely out of laziness + forgetfulness + my daughter.  I blame it mostly on my daughter who soaks up time like a sponge bath in hell.

Now that we are well into 2017 and I just saw that Matt posted one of these, I decided that time is ripe for me to face my daemons of last 2016.

This one is from the famous (maybe only in Germany) Ruhr derby.  It’s basically one team in blue and one in yellow.  I wanted to have swirling of colours to show derbies tend to be a hot mess.  I did plan this shot, but I came up with the idea during the match.  Since this was an assignment for Rabona Magazine, I needed to find a way to show that “derby” feel.  You really don’t get that many players in one frame during a game of football, but luckily this game has corner kicks.  So I used it and I got this one.

This year I kind of shied away from using too many wide angle shots.  I guess I got a bit bored of it.  So I went with a lot of tighter shots, unusable as agency photos.  But I don’t belong to one, so whatever.  This was during a pre-Euro match in England and they happen to celebrate in front of me.  I wanted the gritty gutty dirty football image and this made the cut. 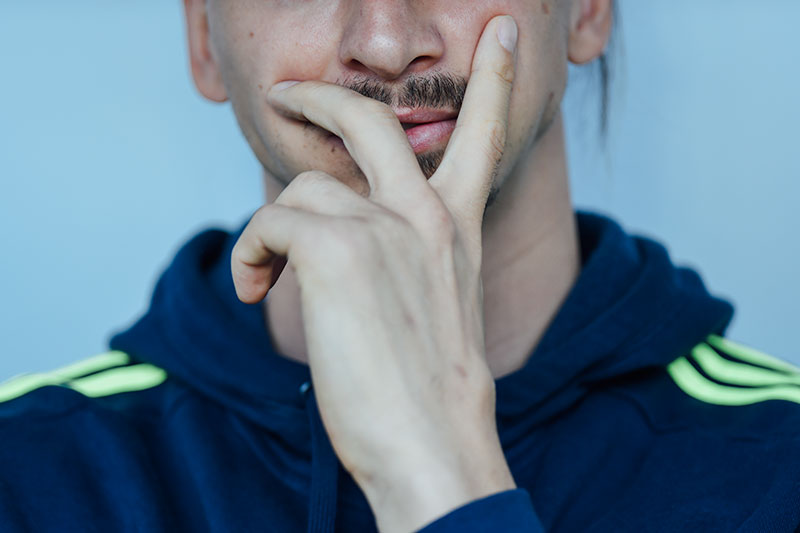 My obsession with Zlatan is well documented and I went to his last international match before the Euro.  Since UEFA loves me so much and didn’t allow me to shoot the Euro, this became the very last match Zlatan was involved with the Swedish national team.  As Zlatan does, he didn’t play.  He showed up in a tracksuit and looked like a Zlatan while he gave me the bird.  I still love him, but since he’s been playing at that club that doesn’t allow anyone to take a photo, I have yet to shoot him. Damn you.

The Homeless World Cup.  Yes, I was bored during the Euro and this tournament does a lot of good for a lot of people.  I went there not thinking what I will get, but I ran into the Indonesian national team.  Fell in love with their hair, as it was a team tradition to have funky hair. Fell in love again with the goalkeeper who had no feet. But he was by far the best goalie of the tournament.  This is part of a series of photos that is currently on Howler magazine.

I’ve decided that I want to go to the Olympics in Tokyo.  If UEFA doesn’t want me, I’m sure IOC will.  One night in London, my friend forced me to watch indoor bouldering.  I was hooked.  I’ve shot 4 competitions in 2016 and I’m kind of getting the hang of it.  Not quite there, but I’m trying. I wanted to get something interesting during the world championship in Paris last year and I got this one.

I think I’m just a sucker for Arsenal.  I’m not a die hard fan, but I’m a fan since I read that book about Arsenal written by Nicky Hornsby when I arrived in Europe ages ago. Alexis did his melodrama and Özil looked beautiful.

This is an ongoing project yet to be published about women’s sumo in Japan.  I worked with a videographer by the name of Jim Elson and we are hoping to debut all of it somewhere some place this year.  It’s always refreshing to shoot amateur athletes as you can get as close as you want. The closer the better.  It’s beautiful. And they have real emotions, unlike the pros.

Speaking of which, I shot the last of the Caribbean baseball series. This time it was in Venezuela and I honestly thought I might not come back home with the pictures.  It’s a scary place out there.  I’ve been obsessed with getting this type of shot and even if I don’t think this one is perfect, I think this is the best I’ve done in 4 years. We have been talking about doing more of these strange baseball stories, so I might have more chances in the future.

The climbing thing continued and this was the last event I shot in 2016.  A competition in Sweden.  I still think there are so much I can do with this sport that I cannot wait to shoot more.  The interesting aspect of this sport is that it derives from a non-competitive sport where people climb rocks and walls in the wild. Person v nature.  Then they made it into a person v man made wall v person.  So I will concentrate more on the emotional aspect of the sport more as I sort of understand how the sport works.

There you have it.  I don’t think I did such a fantastic job in 2016.  I’m getting used to the fact that I became a father and photography took a back seat.  But now that my daughter is in a midst of the terrible 2s, I can leave her with my cats as I jettison around the world to take more interesting pictures.

Leave a Reply to The Mandy Diaries Cancel reply