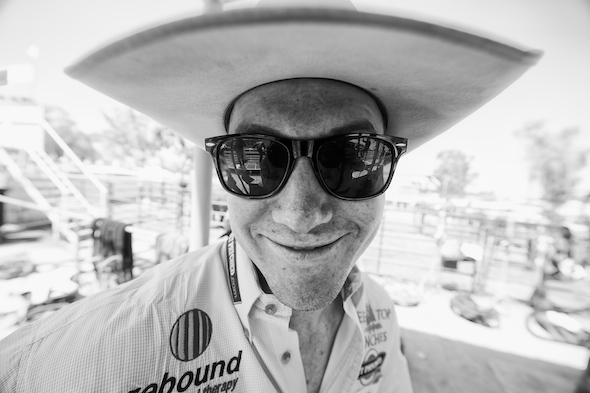 I put it up on Facebook and people kind of went crazy for it. I figured it was lightning in a bottle and left it at that. A few weeks later I ran into Josi at a different rodeo, and he said “So, let me get this straight: You try to get a picture of me and Peebles interrupts. You take a picture of him and everyone loves it. So I get screwed.” “That’s about right Josi, but I’ll do one of you if it makes you feel better.” So I did: 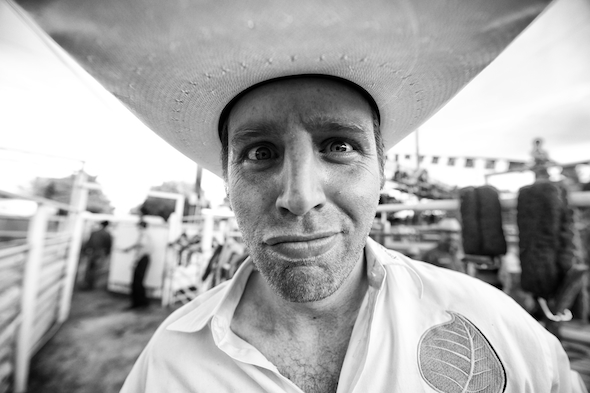 After that I thought about it for a minute and decided to shoot as many of these pictures as I could for the rest of the season. Here’s why.

First, it’s good to have a long term project to work on, and this is far more interesting than the one I had been doing. In repeating a similar theme you (ideally) force yourself to work within a framework, and make each new picture good enough to stand on its own. In the end, the goal is to have a series of great pictures that go together and will hold the viewers attention.

Some side benefits of this particular project: Using the same lens over and over can teach you a lot about using that lens. The 14-24 can produce some crazy distortion depending on how you arrange things in the frame. Using it repeatedly on faces can help you learn the best way to use it even on other subjects. A project like this requires you to get very close, and that’s what the 14-24 was made for. It also means that you can’t sit back and observe, you need to get in there and talk to people and get comfortable with that. We see far too much sitting back in the Flickr group. Some of these guys are my friends, and some of them I’ve never spoken to before, but now I’ve at least had a small conversation with all of them, and the better rapport with your subjects, the better your pictures will be. 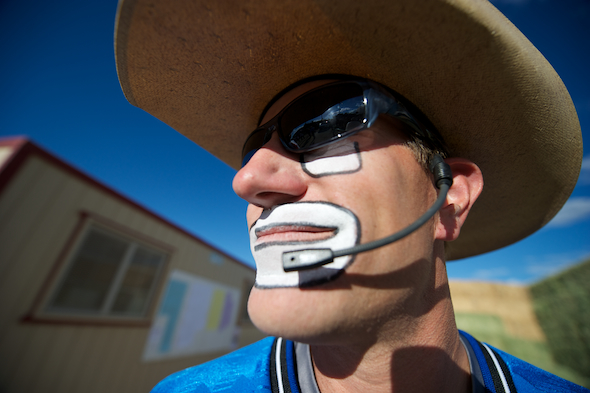 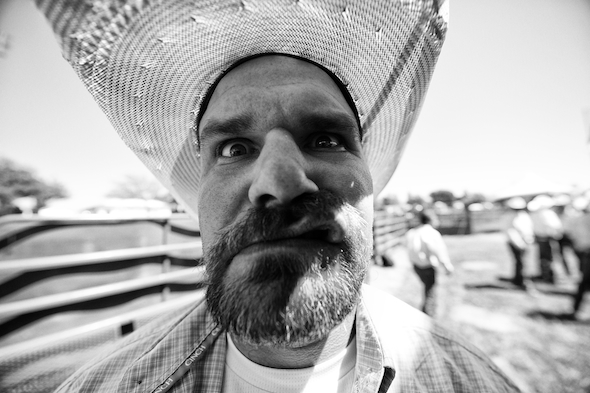 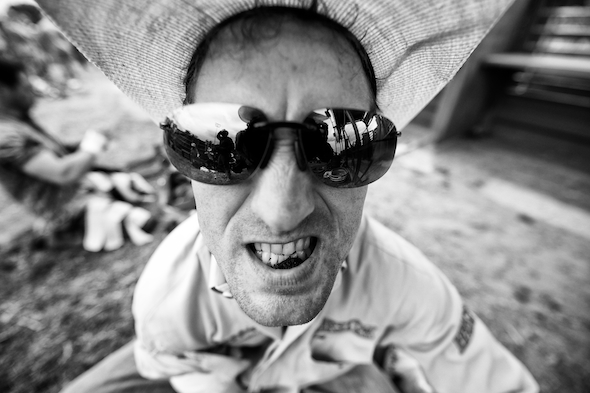 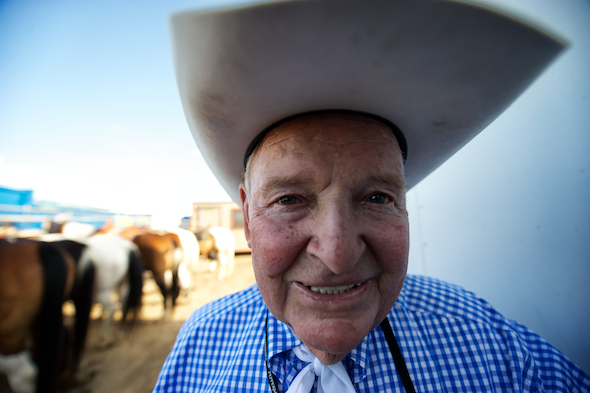 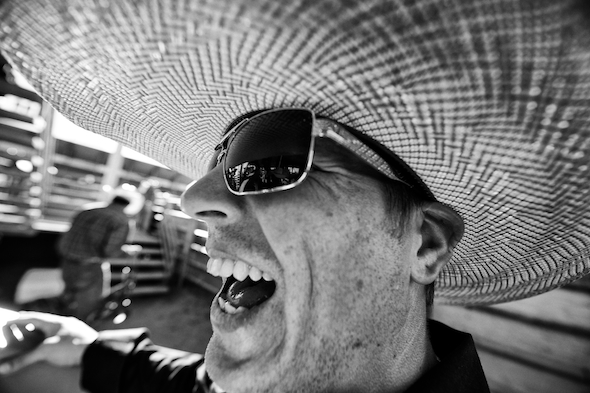 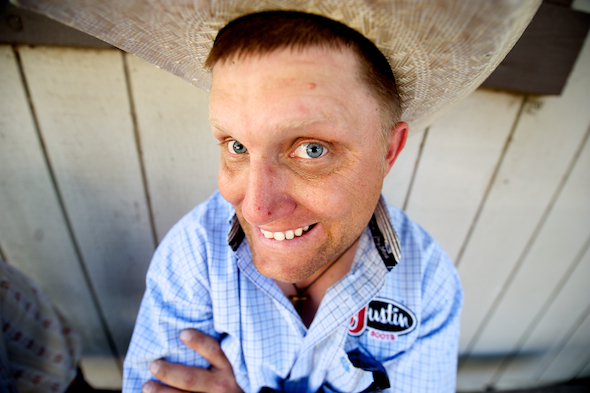 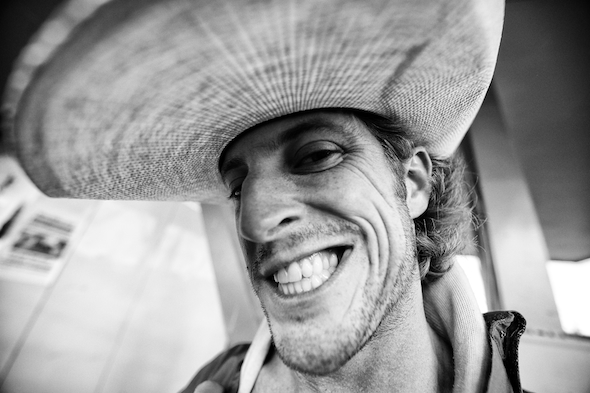 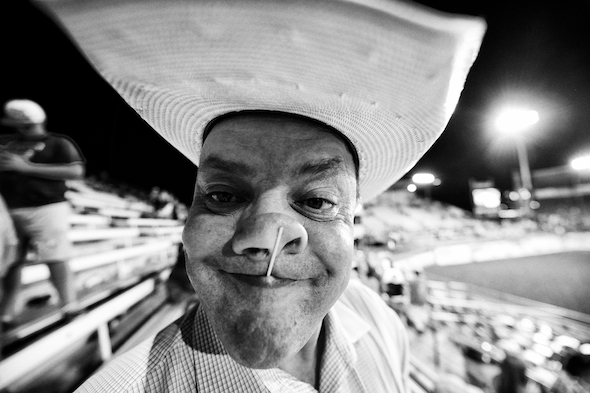 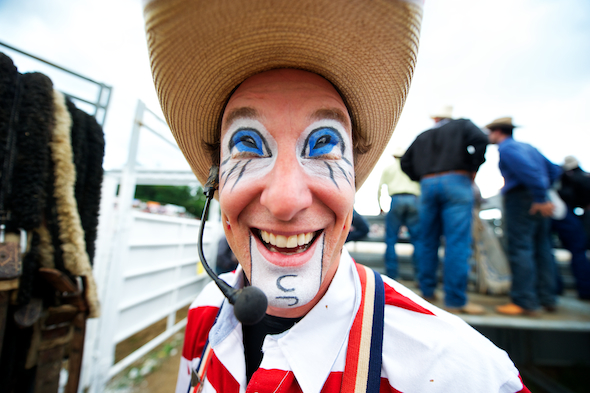 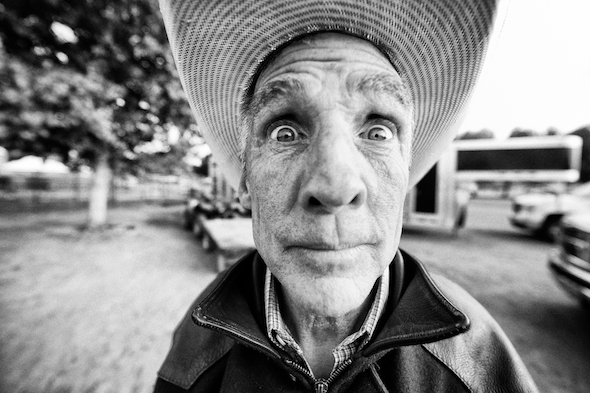 3 thoughts on “Matt: Under the Brim”